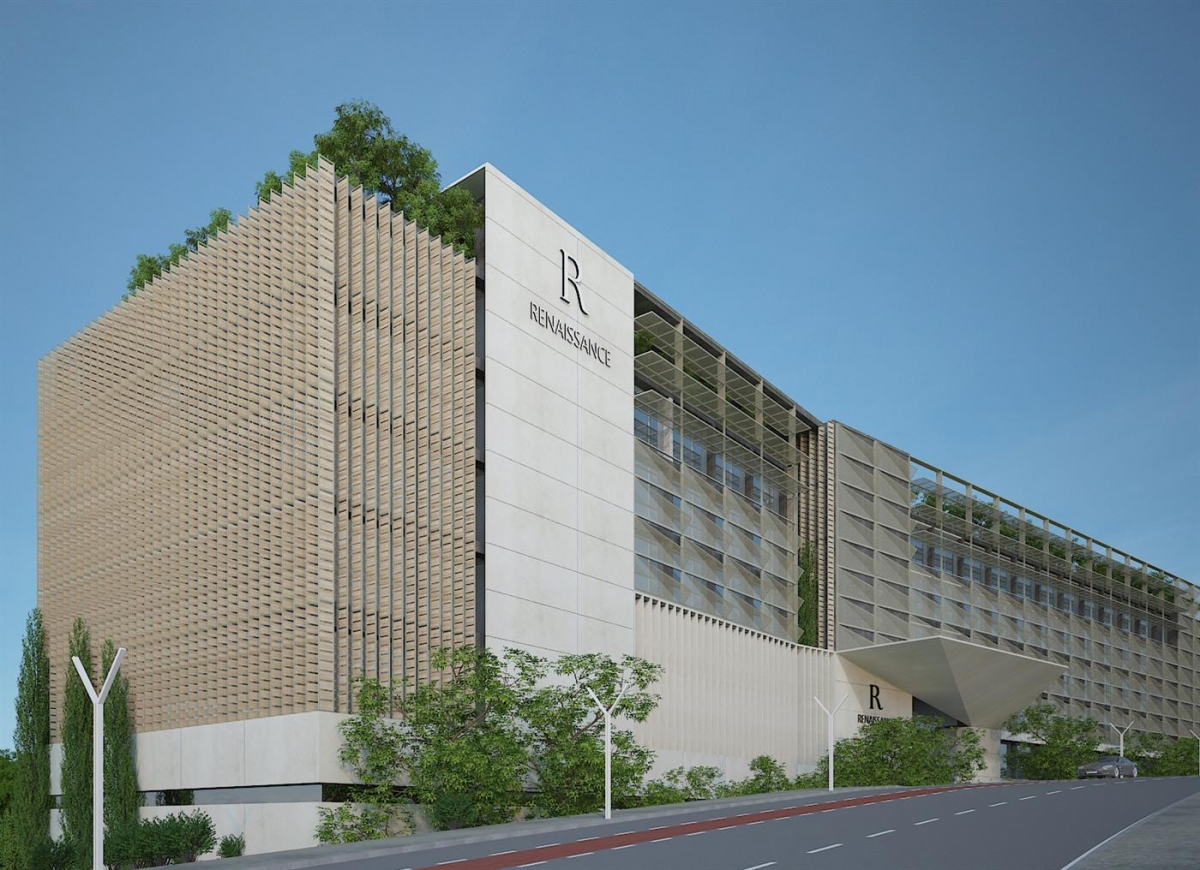 A few steps away from the future Renaissance Park Hotel, Porto City Hall, will build the Lapa urban park, representing an investment of 1.1 million euros.

The Mercan group and 160 international investors are developing a hotel project in Lapa, Porto's historic district, in an investment of 56 million euros. The Renaissance Park Hotel - Porto, whose construction started at the beginning of the year, is part of a bigger plan for that area of the city, including a 14,600 square meter urban park.

According to Jordi Vilanova, vice-president of the Mercan group, the investors acquired a plot with 22,787 square meters. Of which they gave 17,700 to the city to construct the Lapa urban park and public infrastructures. The concession was in exchange for the licensing of the project.

He noted that the Mercan group's projects combined "foreign investment, with job creation, boosting tourism and local and national development," and that in the case of Porto, "the positive impact goes even further.

As he reveals, the new hotel "is only possible because there were 160 international investors that backed it via the Gold Visas, becoming co-owners and agreeing to donate the majority of the land they acquired to the city". Most investors are from the United States and Asia.

The Porto City Hall has planned an investment of 1.1 million euros to develop the Lapa urban park in this area. At this moment, the specialty projects (engineering) are in their initial phase of execution, with a deadline of 150 days is expected for their completion, said an official source of the local authority. Once this phase is complete, it will be possible to start the proposal process and begin the park's construction.

The first stone of the Renaissance was laid yesterday (May 19) to symbolically mark the start of construction of the hotel, which began as early as January and will run for the next 18 months.

The hotel, which will bear the Marriott International group brand, will have 163 rooms, an outdoor panoramic pool on the top floor with a bar and terrace, a restaurant for 250 people, and a congress center with a capacity for up to 600 users. The creation of 140 jobs is expected.

This project of the Mercan group adds to the recently announced Four Points by Sheraton in Matosinhos, an investment of 20 million euros, which should be concluded by the end of this year.

"We believe in the potential of tourism in Portugal, and we are convinced that the country has all the conditions that justify betting on this sector so affected by the pandemic. Reasons that lead us not only to maintain but also to strengthen our positioning in Portugal, even in the face of the current economic situation and almost in a counter-cycle", emphasizes Jordi Vilanova.

The Mercan group currently has 12 hotel projects in Portugal, spread across Porto, Gaia, Matosinhos, Amarante, and Évora. According to Jordi Vilanova, "three are completed and should start hotel activity this year, five are in the construction phase and four are in the licensing phase.

A green area in the city center

The Lapa urban park project will take advantage of the terrain's morphology in terraces, with a new approach to the system of views in this part of the city, reveals an official source from the Porto City Council. The plan provides for the repositioning of the Salgueiros stream, currently intubated, in its natural course and the rehabilitation of the masonry aqueduct that crosses the land (section of the Salgueiros spring).

It is also planned to build a cafeteria for public use and install street furniture, signs, and street lighting.

For the local authority led by Rui Moreira, "the central part of the city is already very full of construction, so the creation of a new green space for public use is very important."

The future Municipal Master Plan, which will debate, in Monday's city council meeting (the 24th), has the express objective of doubling the green areas of public access in the city during the next decade, which includes the creation, extension, or requalification of parks and public gardens.

You must want to know

Mercan Projects
Casa das Lérias - a place with history
Mercan Lifestyle
The (possible) End of Local Accommodation in Residential Buildings
To improve your browsing experience this website uses cookies. By continuing to browse, you consent to their use. To learn more please read the privacy policy.
Accept

Data Controller and Data Protection Officer
The Data Controller in relation to any personal data that is collected within the scope of this Privacy Policy is MERCAN PROPERTIES, Rua Oliveira Monteiro, 289 4050-112, Porto, Portugal. For further information please see the Website imprint.

External links
This Privacy Policy does not apply to those websites that have published their own privacy statement and to third party sites, even if links to their websites are on our Website. Please be aware that we are not responsible for the privacy practices of such other sites. We encourage our users to be aware when they leave one of our Websites and to read the privacy statements of each and every website that collects personal information.

You may be requested or required to provide personally identifiable information (“Personal Information”) to access certain areas of the Website.

Furthermore, we may be required to use and retain personal data for legal and compliance reasons, such as the prevention, detection, or investigation of a crime; loss prevention; or to combat fraud. We may also use personal data to meet our internal and external audit requirements, information security purposes, and as we otherwise believe to be necessary or appropriate: (a) under applicable law, which may include laws outside your country of residence; (b) to respond to requests from courts, law enforcement agencies, regulatory agencies, and other public and government authorities, which may include such authorities outside your country of residence; (c) to enforce terms and conditions; and (d) to protect our rights, privacy, safety, or property, or those of other persons.

The following examples illustrate possible scenarios in which we collect and use your Personal Information:

Customer account, placing an order
When you register for a customer account we usually collect name, e-mail address and password. In addition, you can provide your address, including billing and delivery address in your customer account. When placing an order, we collect data on the goods you have selected, corresponding pricing information, any vouchers you might use, your billing and delivery address, and the selected method of payment and shipping. In connection with the fulfilment of orders we collect in particular information regarding payment, delivery and returns.

Personalized Services
In connection with the personalized services, we may process and use your information for advertising and market research purposes or for personalized provision of services if you have given your consent. If you give your consent the information accessed by you whilst visiting the Website(s) and Apps(s) may be stored in a user profile in order to be able to offer you information specifically personalized for you (e.g. in the form of a newsletter). You may withdraw your consent at any time with effect for the future.

If you use personalized services we will use your Personal Information required for the provision of the services for the duration of your registration and thereafter for as long as required or permitted under applicable laws. We may share your information with affiliated MERCAN PROPERTIES companies if this is necessary to respond to your inquiries or if necessary for the provision of the services. We may forward inquiries regarding our products and services also to a distributor that is responsible for the relevant product or service category and region.

Email advertising without subscription
If we receive your email address in connection with the sale of goods or services and you have not objected to this, we are entitled to regularly offer you similar goods and services, such as the one you purchased by using your email. You may withdraw your consent to such use of your email address at any time in the future by sending a message to us or via the unsubscribe link provided in our emails.

Postal advertising
We may be entitled by applicable laws to store your first and last name, postal address and, if applicable, your title and academic degree and use it for our own advertising purposes, in particular for sending offers and information about our goods and services by postal services. You can object to this use of your information at any time for the future by sending a message to us.